We have started creating apps by utilizing Powerapps Studio for windows and published few apps to the Pilot group.

It worked well except most of the users find the Sample apps instead of the apps that we have created & to each one of the users, we have to explain to switch from sample apps to All apps view.

Sample apps view has confused the users on what to do as they are seeing lot of apps.

Here is the snapshot from my IOS device: 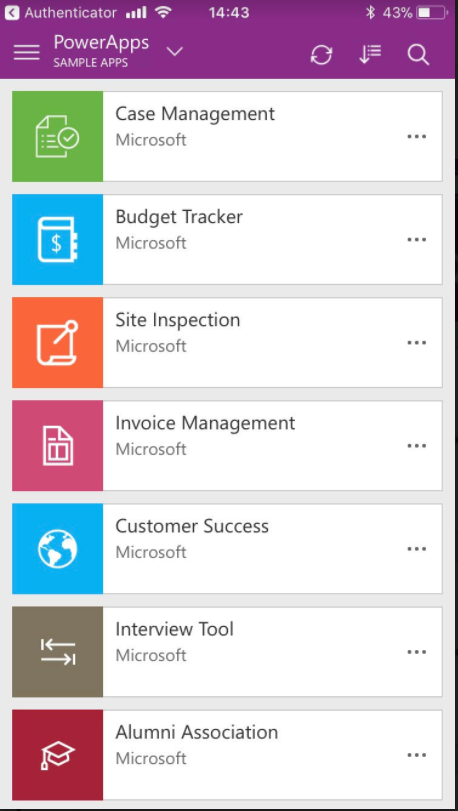 After discussion with our office 365 team, We came to conclusion that let’s disable the sample apps but to our surprise we can’t do that on our own.

It can be done only by Microsoft, so we have logged a Support ticket for disabling the sample apps. Please note that after disabling these apps, these would not be available on mobile device as well as Powerapps studio.

We just wanted that these should not be available on mobile to avoid confusion but available on powerapps studio if some one wants to use the Sample App as template.

It is all or none facility so please think before disabling it, our rationale was that only power users or IT would be developing the apps and they can do so without any sample template. For an average user it would be nice if they just see organizational Apps on mobile device.

Here is what you will see after Sample Apps have been disabled for your tenant. 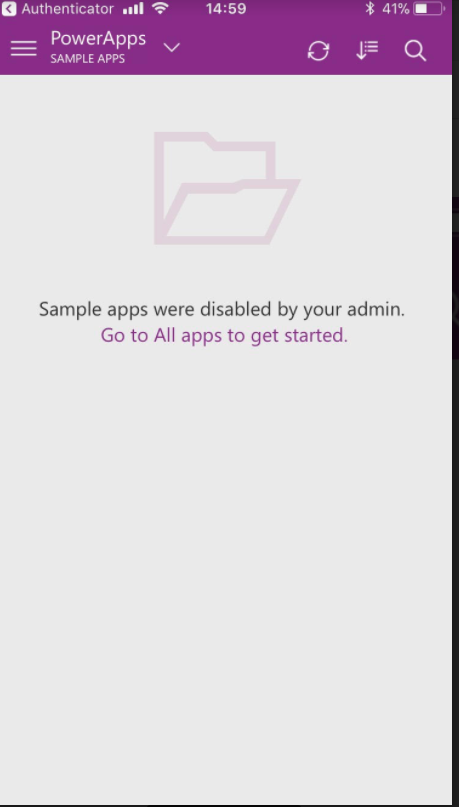 If you want to do the same, just log a ticket with Microsoft and they will disable that for your tenant, avoid wasting time on finding the option of do it yourself 🙂

It would be nice if Microsoft provides more options & control for Powerapps as otherwise organizations would not be able to control when number applications will increase.

There should be some administration control on who can create Apps as these can become business critical in future, unfortunately E3 license doesn’t have these features.

Powerapps plan 2 has some of these features where you can create environments and assign permissions/roles.(So for APP makers and admins this license should be bought and apps should be controlled before its too late)